 lisa@sarmshgpharm.com
Get a Quote 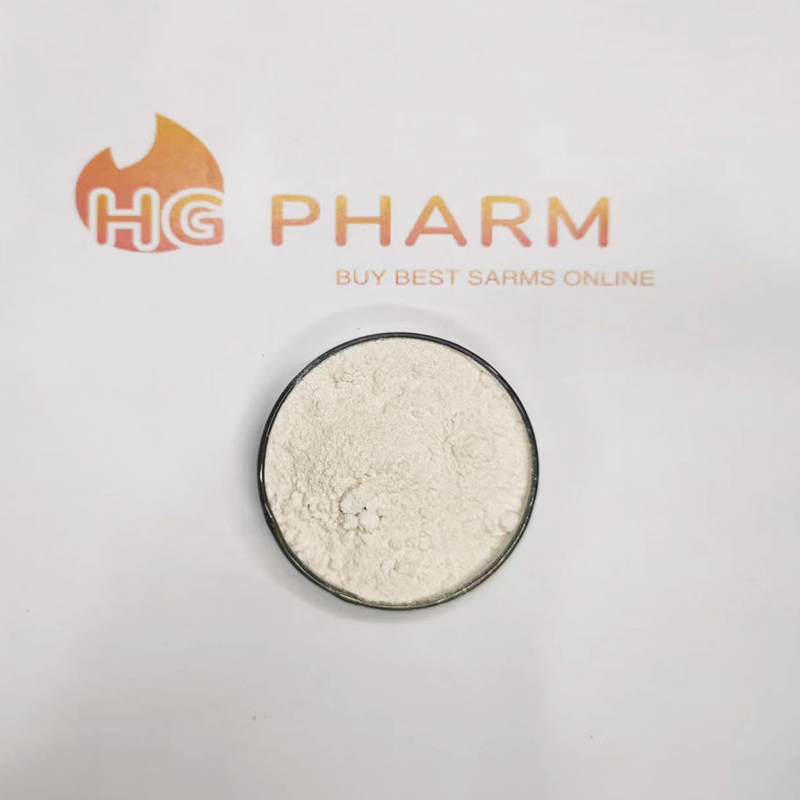 SR9011 Bodybuilding as a supplyments,what you could except it bring to you? 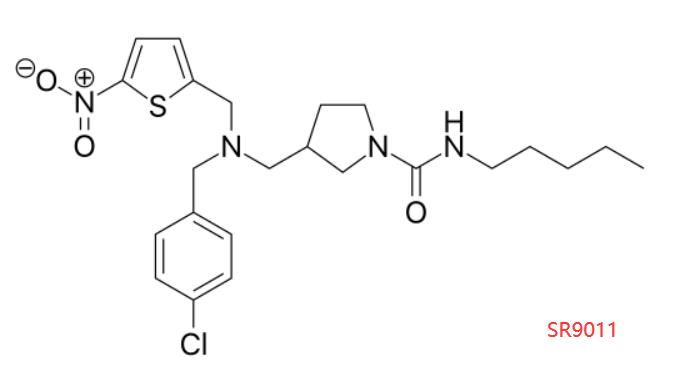 SR9011 is a lab-synthesized compound that is essentially a nuclear receptor REV - ERB agonist.

SARM is a class of experimentally synthesized compounds known as selective androgen receptor modulators.  It is clear that the SR 9011 and SARM are fundamentally different.

S 23 and RAD 140 are the major SARMS, which are highly potent and closer to anabolic steroids.  SARM compounds selectively bind to androgen receptors in bone and muscle tissue to regulate muscle mass and bone health.

Although SR 9011 and SARM are not identical in nature, when bodybuilder uses SR 9011 for bodybuilding, SR 9011 is usually classified as SARMs, this is because SR 9011 bodybuilding plays a similar role to SARM for bodybuilding.

While most SARMs act by binding to androgen receptors in the body's muscle or bone tissue, SR 9011 acts by binding to the nuclear receptor REV - ERB in the hypothalamus, skeletal muscle, liver and adipose tissue.  SR 9011 produces changes at the cellular level that rewrite DNA expression in a unique way.  By turning genes on and off, SR 9011 affects glucose production, fat cell growth and regulates the body's natural circadian rhythms.  This is actually SR 9011, which is what SR 9009 was developed for.

How does it work when use SR9011 Bodybuilding?

We know that the intensity of physiological processes changes over the course of a day.  Metabolism speeds up during the day and slows down at night, reaching its lowest level late at night.  The rhythm of daily activity is called the circadian rhythm.

The mammalian biological clock is composed of a master clock, located in the Suprachiasmatic nucleus (SCN) of the hypothalamus, and a peripheral clock, which acts as a pacemaker for circadian rhythms and coordinates cellular oscillators throughout the body through neural and hormonal signals.  The peripheral biological clock is distributed in various tissues and organs, such as liver, kidney, heart and muscle, and has certain independence.

Circadian rhythms are regulated by many mechanisms, including nuclear receptors.  REV - ERB is one such regulator.

REV- ERB activation leads to the expression of genes encoding proteins of enzymatic systems involved in metabolic processes.  Under natural conditions, REV - ERB activity increases during the day and decreases at night, as indicated by the above basal metabolic rate changes.

SR 9011 is a nuclear receptor REV - ERB modulator. As an agonist for this nuclear receptor, SR 9011 promotes the activity of genes that affect the rate of metabolic processes. Regardless of the time of day, use of SR 9011 is accompanied by an increase in the rate of energy, lipid, and carbohydrate metabolism.  Basal metabolic indexes were increased, and the decomposition of fatty acids and glucose in aerobic ATP synthesis was accelerated. 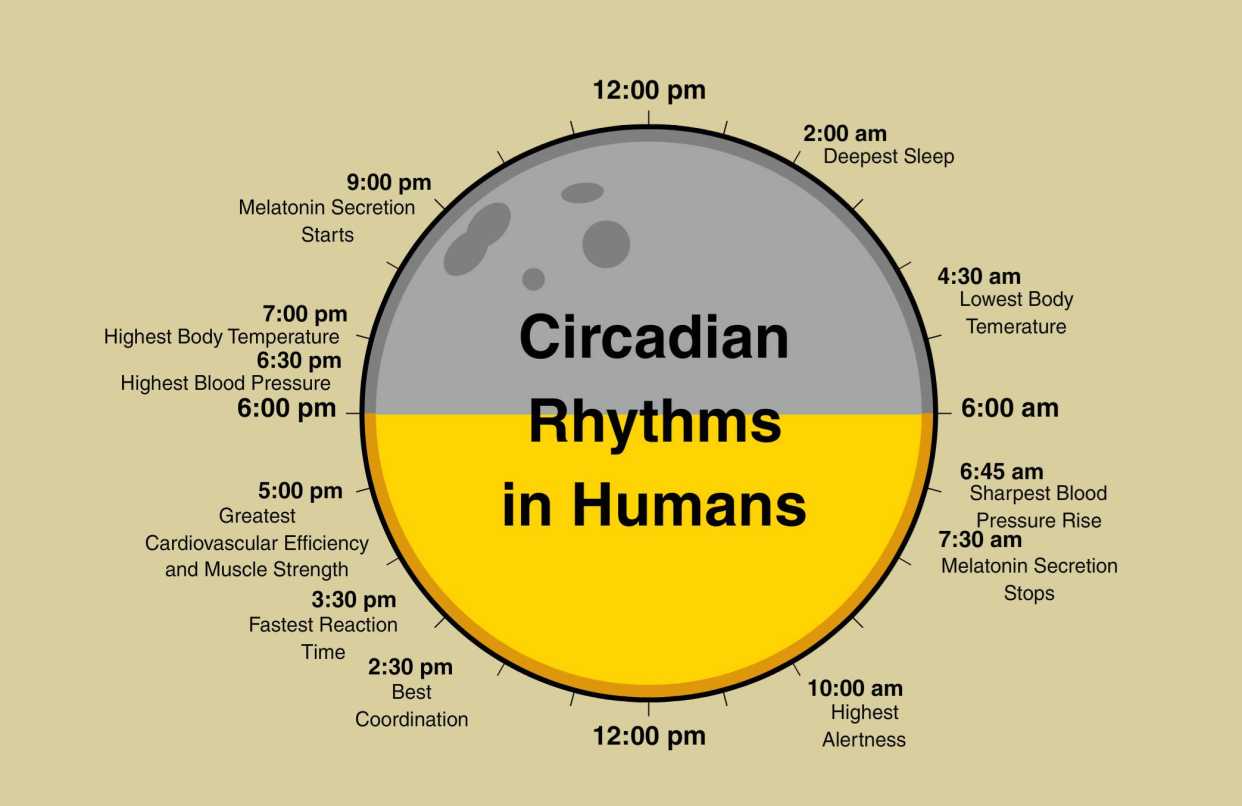 Physiological processes of metabolism and behavior, such as activity / rest, are usually organized in approximately 24 h cycles driven by circadian rhythms.  The nuclear receptors rev-viral erythroblastosis α and β ( ReV-ERBα and β) regulate the expression of core clock proteins and thus contribute to circadian rhythm regulation.  When the body is affected by circadian rhythm and slows down metabolism, SR 9011 can reverse the effect of circadian rhythm on the body to a certain extent and increase the metabolic rate.

In most studies, SR 9011 was shown to completely suppress the natural expression pattern of circadian rhythms when mice were kept in the dark, allowing them to function as if they were daytime.

SR 9011 for bodybuilding Makes bodybuilder alert and focused.  As a result, you will sleep better during breaks and then be better prepared to dive into bodybuilding and work the next day.

Activation of the nuclear receptor REV - ERBα increases exercise capacity by increasing the number of mitochondria in skeletal muscle.  Mitochondria are the power source of cells. The increase of mitochondria in muscles can greatly improve the endurance and muscle strength of users, thus improving their exercise ability.

SR 9011 reduces the amount of glucose the body produces without affecting insulin; Increased absorption of glucose into muscles, resulting in faster responses and better performance.

The nuclear receptor REV - ERB is central to lipid and glucose metabolism, and by acting directly on them, significant energy boosts can be obtained.

The SR 9011 increases resting metabolism, with changes in metabolic rate increasing energy output by 5 % even when the bodybuilder is at rest.  As a result, SR 9011 burns excess calories and prevents them from being converted into fat in the body, which, combined with enhanced glucose metabolism, effectively burns fat.

In experiments with mice, it was observed that SR 9011 mice lost about 10 % of their body weight when given the same food every day.

When SR 9011 is used as a receptor in the liver, the synthesis of lipids, cholesterol and fatty acids is slowed down. When SR 9011 enters the blood, the levels of triglycerides, total cholesterol and LDL are reduced. Long-term use can alleviate fatty liver disease and has positive cardiovascular effects.

The nuclear receptor REV - ERB gene expression was increased in skeletal muscle, and fatty acid transport into skeletal muscle tissue was enhanced.  Putting the above benefits together, what User has is the ability to exercise harder and longer, which can better promote muscle recovery after exercise, and help bodybuilder regain more and better muscles.

In fact, SR 9011 for Bodybuilding does not act directly on muscle tissue, but bodybuilder chose it anyway because the effects SR 9011 achieves, directly or indirectly, help bodybuilder build muscle.

It was observed that after the use of SR 9011, muscle tissue had the ability to regenerate more rapidly during nocturnal rest, which was achieved by stimulating the differentiation of myoblasts. The result was that small tears healed more quickly after exercise, leading to muscle growth.

This repair ability enables bodybuilder to exert more pressure on muscle tissue by exercising harder and longer.  SR 9011 for bodybuilding, muscle tissue will repair and grow faster, and fat will be reduced in the process.

SR 9011 is a fast-acting anxiolytic (reliever of anxiety within 25 minutes of consumption).

Even SR 9011 is still under study and has not been tested in humans but many bodybuilders prefer to 10 mg to 30 mg per day of SR9011 dosage in their cycle.

SARM SR9011 Bodybuilding ,10 mg / day is usually an initial dose, then a maximum dose not exceeding 30 mg / day. If you are first time use this supplyment,try from 10mg and the add it in 2-3 week to your own best SR9011 Dosage.

What is the SARM SR9011 side effects?

As we all know,SR 9011 is not anabolic, has not shown any adverse effects in animal studies, so it is considered for long-term use.  However, SR 9011 is still in the experimental stage and has not been tested in humans, so the exact side effects are not known for experiment.

If you uses the high dose for a long time, you will feel more awake and train their body not to sleep.  So do not use SR 9011 in high doses and for long periods of time.

Because of these features, the SR 9011 for bodybuilding can be used for stacking, expansion, cutting, or maintenance, and even for post-cycling or continuing cycling.

Why is SR 9011 available for post-cycle cycling?  This is because SR 9011 counteracts the drop in energy caused by falling testosterone levels in the body.  This way, during PCT, while testosterone levels are still recovering, you can still get an energy boost, allowing you to keep exercising and burning fat, and avoid the loss of muscle mass that occurs during PCT.

There are two kinds of nuclear receptor Rev-ERB agonists: Rev-ERBα and Rev-ERBβ.

This makes SR 9011 more bioavailable and has a longer half-life than SR 9009.

As a more mature compound than SR 9011, SR 9009 has been widely confirmed in the field of fitness. SR 9009 is effective, but its bioavailability is not particularly hig h.

The -NH- (amine group) in SR 9011 enhances its bioavailability and makes it more effective.

The length of the hydrocarbon chain directly affects the half-life of the compound.  The short half-life of SR 9009, which is about 4 hours, makes SR 9009 need to be administered frequently, with doses spread over 2-4 times a day.

The SR 9011 has a longer hydrocarbon chain, making it likely that a single use of SR 9011 will last longer than that of SR 9009, about twice as long.  The longer half-life allows us to inject less frequently.

This makes the SARM SR9011 for bodybuilding a good alternative.

GW 501516 is a relatively mature product that is currently in phase II clinical trials.  There are still no human test for SR 9011.